Training to Be Strong Everywhere 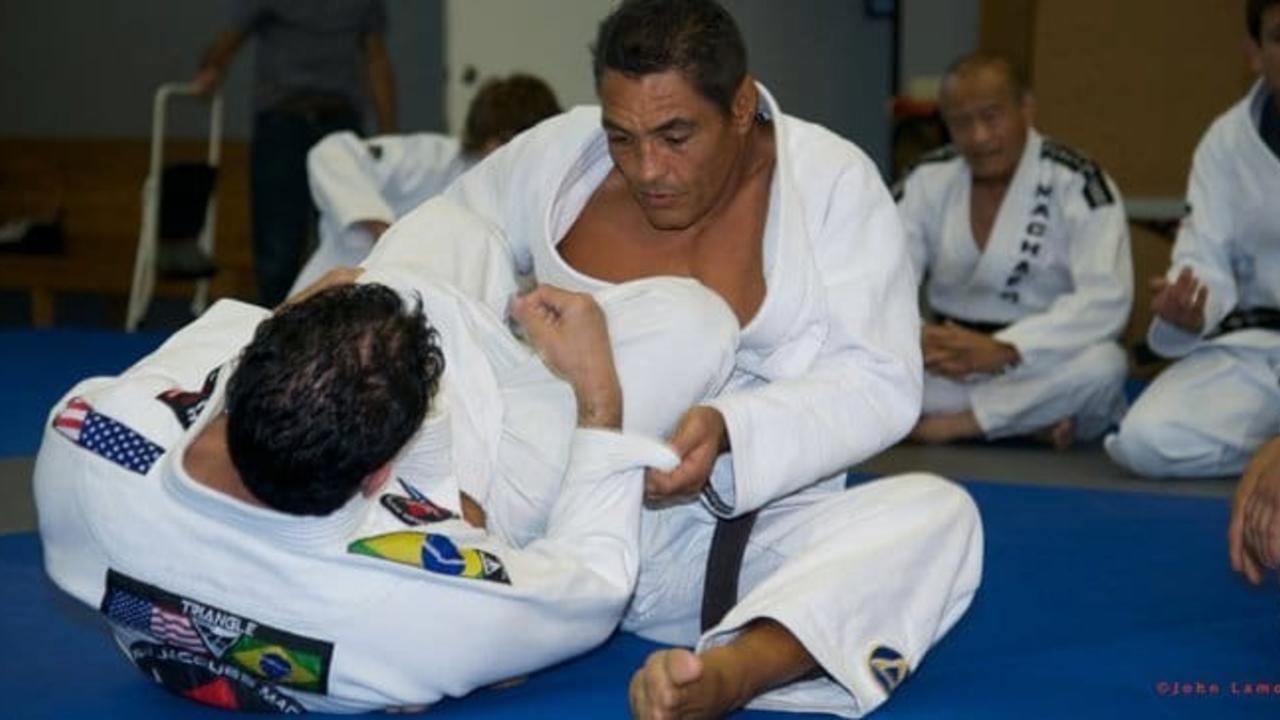 I once asked Rickson, what he felt was the weakest part of his game and it wasn't so much his answer that surprised me but his explanation that made a tremendous impact in how I still train myself to this day.

He told me he has no weaknesses in his game, he's trained all the weaknesses out so that anywhere the fight goes he’s comfortable.  He explained to me anytime he felt like one area of his game was weaker than the others he would work on it until he felt completely comfortable there.

I apply this principle to my training to this day.

I love training Jiu-Jitsu, and although just “rolling” is fun, it's not the type of training I really do to help my game improve. For me rolling is better for getting a workout and although there will still be some improvement over time, it's is not as beneficial for me as focusing on a specific aspect of my game to develop.

When I'm focusing on improving my Jiu-Jitsu, I usually ask myself what part of my game do I currently feel is the weakest or what position am I not completely comfortable or feel that I'm having to exert too much energy to accomplish what I want.  The answer changes over time based on my training.

Last year a big part of my focus was my top game and developing a better understanding of how to use my weight to control my opponents.  Lots of times when I would  get on top I would try not to use my hands or just use them minimally to control and instead focus on where to place my body and how to shift my weight instead so that my hands could be free to attack.

Also maintaining my weight on my opponent through movement. When I first started practicing this, I noticed I would feel heavy on my training partners but as they would move to escape, my weight would shift off them either to my knees or elbows or somewhere else. It would take me 5 or 6 seconds to be able to get control and place my weight back on them. I noticed as I kept practicing this those gaps of time would get shorter and shorter till the point that even when they would move to get out I could get my weight back on them and be able to maintain control within a second or two so they would have less time to rest or feel comfortable. Because I was spending so much time focusing on my top game my bottom game suffered a bit.

So after that I decided to start working on my open guard because I felt like my legs were not being as active as they should when playing guard. When playing open guard, we learn to use our legs like a second pair of arms.  Open guard requires so much dexterity of the legs, I'm not sure if there is any other activity in where you learn to use the legs in such a dynamic fashion.  As I focused on that for a month and a half I felt like it was getting harder and harder for my training partners to pass my guard and I was using less effort and not getting put in uncomfortable positions as often (that usually happened when my training partner had gotten to the point where they were almost pass and I had to recover).

Once I started to feel strong with my open guard again I realized I hadn't been put in the cross side position in a while because I was either sweeping or finishing my training partners from the open guard.  So the next area I decided to focus on was feeling comfortable allowing people to pass my guard then getting out.  I would play open guard for a little and force my training partners to work to pass and once I felt like they were really struggling I would just let them pass to the cross side so I could work on my escapes.

When I train like this I notice huge jumps in my level in relatively short periods of time. The problem with just rolling to get better is there is just too much to focus on and when there is so much to focus on its hard to really see where your mistakes are. If you can't see and recognize mistakes it's hard to fix them.

I notice as I focus on one aspect the other aspects either slowly get a little worse due to my timing being off, stay stagnant, or get better but not at the same rate of whatever it is I'm focusing on. So that's what leads me to constantly change my focus, with the goal of always focusing on the weakest part of my game so I have no holes. As the aspect I felt was the weakest improves then something else becomes the weakest.

So the focus of my training is constantly revolving to develop whatever it is I feel is weak at the moment so my Jiu-Jitsu is strong everywhere. For me my focus can be on a specific position, an attack or defense to an attack.

Most people always tend to go to their strongest area because that's the position where they are guaranteed the most success in training. Its very understandable how peoples ego might get in the way of their growth because either they don"t want to get submitted in training or are wanting to submit their opponent. But what happens over time with this strategy is their game starts to become unbalanced. I'm sure most of us know about the guy with the impassable open guard but once you pass his guard he has to fight for his life to escape the cross side or can"t escape at all. Or that big guy that will squash you and finish you from cross side but if you put him on his back you can pass his guard like a hot knife through butter.

Anytime there are weaknesses in your game eventually people will learn how to capitalize on it.

I think this is one of the reasons why Rickson was so amazing at Jiu-Jitsu, he had no weaknesses.  He felt just as comfortable being on the bottom of mount as he did being mounted on someone. In every single position he was in he was always the one in control.  With that comes an amazing sense of confidence and ability to relax because no matter what happens you're comfortable, you don't have to stress about someone passing your guard, or getting mounted. This is part of the philosophy that Rickson strives for and tried to pass on to all of us.

“MAKE YOURSELF INVINCIBLE, BEING INVINCIBLE DOESN'T MEAN YOU CAN BEAT EVERYONE, IT MEANS YOU CANNOT BE BEATEN”

In order to do that you must train to Be Strong Everywhere.