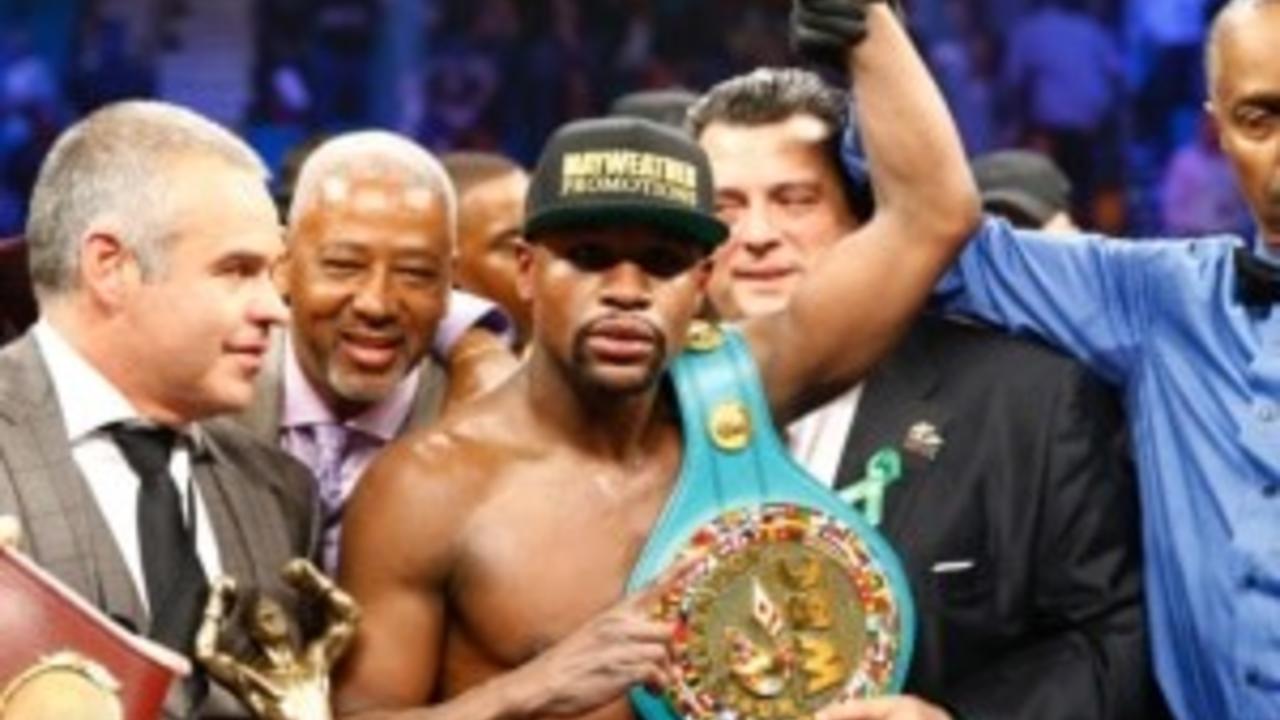 One of the main principles to understand in “Staying Safe” is how to effectively manage distance.  In fighting there is a very specific range that is needed to be effective with strikes, knowing this, one of the fundamental principles of Jiu-Jitsu is: Anytime we are fighting, we either want to be too far away or too close for our opponent to be able to do damage.

One of amazing skills that Maywether was able to employ to help him stay safe was his understanding of how to manage distance to neutralize danger.  After the fight Conor mentioned he had a very difficult time dealing with Mayweather who was constantly in his face fighting him at a range where he was not effective with his strikes.

This is the reason in Jiu-Jitsu, from the feet, we are always looking to safely get to the clinch where it's much harder to throw effective strikes.  Throughout the fight Mayweather and McGregor would clinch, throw ineffective strikes and then the ref would step in to separate the fighters. This clinching was used to great effect to neutralize Conor and help tire him out. He made Conor waste a lot of energy trying to throw powerful punches at a very ineffective range.

The closed guard, one of the defining positions in Jiu-Jitsu, is based upon this idea of keeping our opponent close to prevent taking damage, letting them struggle and waste energy and then waiting for an opportunity when they are tired or frustrated and start making mistakes to be able to finish the fight.  You can see this position and strategy used particularly well in Ricksons' fight with Zulu.

Every single technique in Jiu-Jitsu is based upon leverage, finding angles where our opponent  is weak to apply pressure or learning how to use or whole body or engage bigger stronger muscles to help us do work. The whole point of all of this is not only so that the techniques will work on someone bigger and stronger but also so we are not wasting energy and getting tired.

One of the most important lessons I ever learned from Rickson was this line he once told me "The defense takes less energy then the offense." What he meant by it was in jiu-jitsu to apply a submission there is always a series of movements necessary to get to the finish. If one of those movements can be stopped you can neutralize or kill the submission. The offense takes several steps while the defense just takes one.

In boxing this is the same, it takes more energy to throw punches then to cover and defend. Mohammed Ali used this concept to help him defeat the extremely dangerous George Foreman in their famous Rumble in the Jungle match in 1974. The technique was later dubbed the rope-a-dope.

One of the reasons Conor won the first 3 rounds is because Mayweather didn't throw any punches. In the later rounds you could see as McGregor started to fade it looked as if Mayweather was getting stronger, he just defended and conserved his energy in the early round so he was still strong later in the fight.

Being efficient with movement and conserving energy is a fundamental principle of Jiu-Jitsu. It was one of the reasons the first UFCs did not have a time limit, and one of the reasons Rickson choose to have 10 minute rounds in most of his fights. Many times It's difficult for the smaller fighter to win quickly but if he can stay safe, conserve energy and wait for the bigger fighter to get tired, his chances of winning dramatically go up.

Bigger muscles consume more oxygen. This is one of the reasons Jiu-Jitsu's approach to fighting bigger and stronger opponents is so effective. You can clearly see this as you move up the weight divisions in fighting, the bigger heavier fighters cannot keep the same pace as the lighter fighters. Sure they are much more dangerous, but only until they are tired. Bigger fighters will usually always tire out first, its just biology. It takes more oxygen to fuel the bigger frame, and to move more mass around.

We all know once we start to tire, not only do strikes have less power but technique starts to get sloppy and we start to lose our speed and timing. So not only does the offense start to suffer but so does the defense. With striking you see fighters dropping their hands, getting hit more and not able to move out of the way of strikes as easy.  No matter how good a fighter is, all these things is a recipe for disaster in a fight.

LET THE OPPONENT TIRE AND GO FOR THE FINISH

As the Maywether and McGregor fight progressed into the 6th round you could see McGregor clearly slowing down, having spent so much energy trying to finish Mayweather in the early rounds. Mayweather feeling less threatened from the slower and weaker punches started to become more aggressive. Because he had managed to stay safe and conserve energy in the early rounds you could see the momentum of the fight completely shift. The fight was stopped in the 10th round, Conor clearly exhausted and unable to defend himself effectively anymore.  This was only the 2nd time in almost 10 years that Mayweather had stopped an opponent.

The fight was an amazing display of strategy, Mayweather coming in as the smaller, older and many would say less athletic fighter against the bigger and stronger McGregor.  However by using the principles of Jiu-Jitsu "Staying Safe, Managing the Distance, Conserving Energy and Waiting for the Bigger Stronger Opponent to Tire" he was able to over come and achieve victory!

Another Win for Jiu-Jitsu!