Let me PROVE to you just how different and effective this approach to Jiu-Jitsu is...

By helping you become invincible to the 4 most dangerous submissions in grappling - TONIGHT! (for free)

Get 21 of my best Concept & Technique Videos, I learned training with the man himself, Rickson Gracie.

I am sharing with you my 20+ Years of experience from training in Los Angeles, California with my Instructor Rickson Gracie… …The Man Regarded As “The Greatest Jiu Jitsu Fighter Of All Time.”

What I’m sharing with you will NOT be second hand. It’s FIRST hand. Saw it with my own eyes. Felt it with my own hands. And I’ve taught it and have continued to teach it EVERY DAY for well over a decade.

Remember, “Hidden Jiu Jitsu” isn’t THEORY. It’s EXACTLY what Rickson taught to just a FEW of us. My love, appreciation and respect for the Gracie family knows no bounds.

And I’ve yet to find someone who can explain to me IF there are no secrets, and IF the information is all out there then HOW can you explain how Kron, his son, is the ONLY black belt under Rickson to make a major splash at the highest levels of Jiu Jitsu?

The short answer is “you can’t.”

Rickson’s core concept of DEFENSE was given to him by his father Helio.

Helio’s entire game was based around being able to avoid and escape ANY attack, in ANY position, from ANY opponent at ANY time.

The ability to stay safe at all times in all positions was priority #1 and NOBODY embodied this principle better than Rickson.

And, when you see the details you’ll be #MINDBLOWN!

Your training partners will shake their heads in frustration as you become completely UNSTOPPABLE with these “Hidden Jiu Jitsu” Systems & Strategies.

Here’s What My Students Are Saying…

"“ I’ve know Henry for about 10 years and in the last 10 years he seems to have refined his teach skills. I’ve been back training with him for a month straight now and I have learned a tremendous amount. It really is all about the details. Thanks Henry ”" 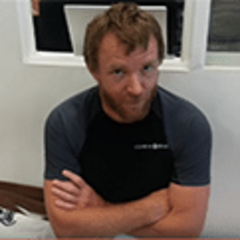 "“ I studied at Rickson’s under Henry for 3 years, and here’s all you need to know about Rickson’s opinion of Henry, the depth of his understating of Rickson’s game and his ability to TEACH ALL of the most closely guarded secret aspects of Rickson’s Jiu Jitsu… Rickson could have chosen anyone in the Gracie family or anyone in his academy to take on the task of teaching Jiu Jitsu to his youngest son Kron. In my over 15 years in Jiu Jitsu I’ve heard a lot of things directly from Rickson’s own black belts about Rickson’s Academy and what happened behind closed doors. And the fact is this… there was nobody Rickson trusted more to pass HIS Jiu Jitsu on to Kron than Henry Akins ”" 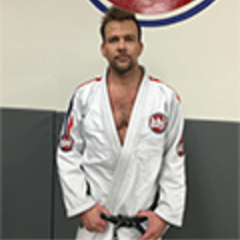 " I’ve known henry for about 10 years and came back, I haven’t seen him for about 10 years. And since then it seems as though he’s really refined his teaching skills. I’ve been here for a month, taking lessons for a month, and I’ve got to say we’ve learned a tremendous amount. It IS really all about the details. So thank you very much Henry." 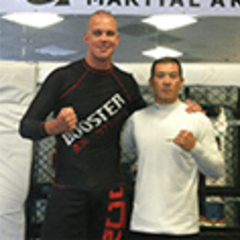 "I woke up this morning feeling like I have a deeper understanding of the TRUE essence of Brazilian Jiu-Jitsu after having the honor of training with Henry Akins for 5 hours yesterday. I’ve always sought out the small details you always see and passed them on to my students to the best of my abilities and I’m very excited to continue to do so with this newfound knowledge and understanding, doing my part to make sure the true essence and efficiency of Brazilian Jiu-Jitsu isn’t lost" 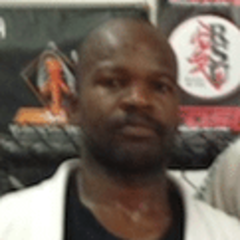 "Not only one of the greatest martial arts minds out there, but an overall amazing human being. Can’t wait for your next time back! Thank you for doing all you do for the world. We need more people like you." 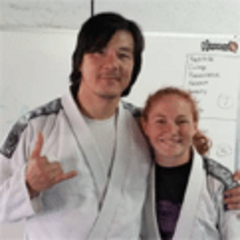 "I am still just in awe. The simplicity and effectiveness. That is a huge part of what Jiu-Jitsu is all about!" 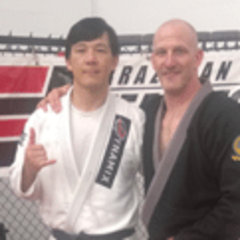 "This guy is incredible! I’ve never seen so many black belts in awe of something as simple as a hip bump. Totally worth every minute. Thank you Henry for sharing your knowledge with us. Thanks to Lamont for setting this up and Foster Brazilian Jiu-Jitsu for hosting!" 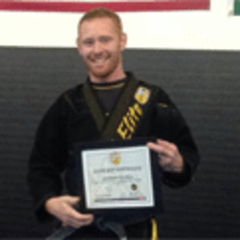 "I see some of Henry Akins posts about having your mind blown by his teaching. I must admit I had my mind blown yesterday. Although I am just a purple belt, I would like to invite anyone to come check out what he does and what I try to emulate to the best of my ability. Hope to see you in class sometime." 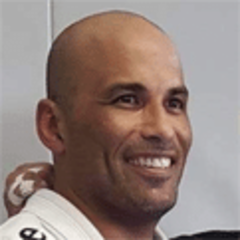 "I have trained Jiu-Jitsu at a lot of different places. Nobody holds a candle to Henry’s concepts. Plus, he is a great human being!" 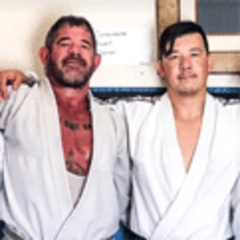 "The Henry Akins seminar today was even more mind blowing than I had expected! I have known him for the better part of 20 years and he still finds ways to melt my brain every time I see him!" 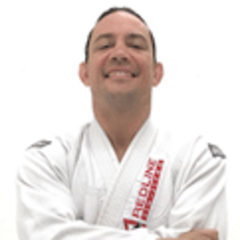 "Amazing seminar with the one and only Henry Akins and his hidden Jiu-Jitsu! He makes it impossible not to love this very special art!" 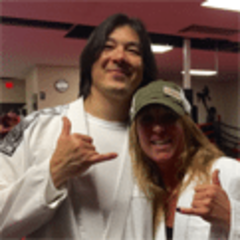 "Henry Akins is the TRUTH. So glad I got to train with him (even ROLL with him briefly) last night. Everything about the experience from start to finish had a certain mind-blowing effect to it. Can’t wait to see what he teaches tonight at his seminar." 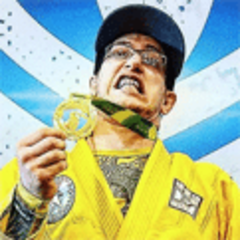 "I spent three hours learning the finer points of a handful of Brazilian Jiu-Jitsu moves last night with Henry Akins. I’ve read a lot about Henry over the years and thought it had to be BS marketing, but he lived up to all the hype. Henry is the real deal. Simple, ultra-effective tweaks to basic moves that are almost too hard to believe." 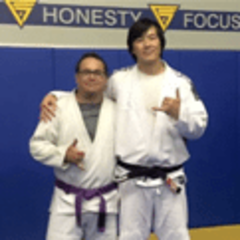 "What a great weekend. If you train Brazilian Jiu-Jitsu, you owe it to yourself to take at least one class with Henry. I promise your mind will be blown! Paul is a brown belt and I am a white belt, and we both walk away amazed. Henry is a fantastic teacher making everything so easy to understand, as well as being more than willing to answer all the questions that come his way during training." 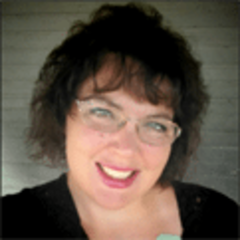 "Awesome Day 2 of Henry Akins Seminar. It is hard to explain with just words, but if you have the opportunity, please go meet this gentleman and let him show you some of the most amazing details of our Art. Trust me, they are truly right in front of you, but they are just ‘invisible’ or ‘hidden"." 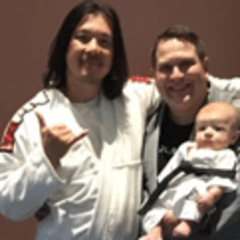 "I’ve been to many seminars in martial arts over the years, and I have to say after being at my 4th with Henry Akins this weekend hosted by Scott Smith in Kentucky, if you can get in front of him, do so, as it will allow you to compress time frames in your Jiu-Jitsu understanding and knowledge. What’s bizarre is that if you’ve been in the game for several years, you may not come away with one new technique. Instead, you’ll come away with concepts and principles that you can plug into your entire game and make everything you do more efficient and effective!" 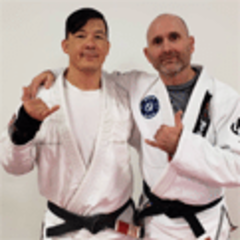 "Another incredible Henry Akins seminar in the books. My BJJ brothers and sisters. If you don’t have training with Henry on your BJJ bucket list, you are missing out. If you get a chance to train with Henry, make sure you take advantage of the opportunity. You will not regret it." 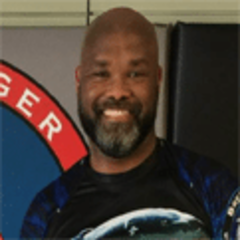 "Again, I want to thank Henry Akins for visiting our academy and sharing his BJJ knowledge with us. Having the opportunity to train with him and learn from him was an incredible experience. Everybody loved the seminar and can’t wait to have him back again." 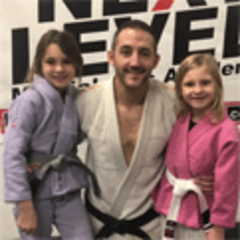 "Working with Henry is an awesome and amazing experience. Jiu-Jitsu is meant to be simple, and Henry shows you how to break things down on a whole new level." 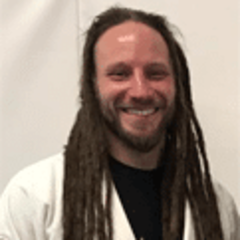 "Henry Akins is amazing and his techniques and philosophy are phenomenal. His students are blessed to have him as their professor. Looking forward to learn more in this seminar and it’s only day 2." 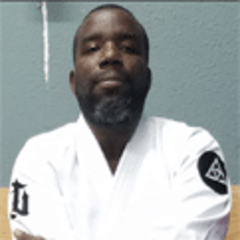 "Mind blowing techniques with Henry Akins! I may be the Disco Ninja, but Henry is the original Ninja!" 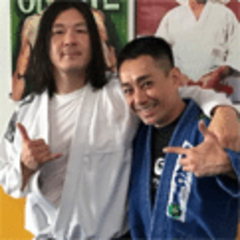 That show you how to become invincible to the 4 most dangerous submissions in all of MMA history!